Questions, feedback or ideas?
Talk to us!

When you get sick, in most cases you (or your insurance) pays for your healthcare based on the quantity of treatment you get. What if we could turn that upside down and instead pay based on how you recover? That’s value-based healthcare in a nutshell, and it’s a model that is gaining traction in Finland in the public and private sectors alike and shifting the value chains in the healthcare industry.

As we outlined in the Future Trajectories of Healthcare study, healthcare is going through massive transformations, many of them positive – with a few major challenges. Technological advancement and the digitalization of care are unlocking new ways to understand illnesses and provide highly individualized treatment, but raise a minefield of concerns about data security and ownership. Patient expectations are evolving and care practices are shifting towards patient-centricity, promising more effectiveness, but with both costs and a learning curve associated.

But most critically, demographic changes are causing a shift in the resources that supply both the public and private sectors.

The healthcare system in Finland, as in most social democracies, is built on fundamental principles of taking care of everyone in society and ensuring equal access to essential services. Things like healthcare and education are considered a basic right.

Many times, this system is also enabled by the “age pyramid”. The idea is that the younger part of the population – the base of the pyramid – are working, paying taxes, and fueling the system, and thus supporting the elderly, retired people at the top of the pyramid, who are often in most need of care.

This funding model is successful when a lot of money can be invested per citizen. But in the near future, when there are more retirees and fewer young people in the workforce, the pyramid will invert. As a result, the resources put into healthcare will not be enough to fulfill future needs.

This concept is often referred to as value-based healthcare, and it means healthcare providers – including hospitals, doctors, and pharmaceutical companies, for example – are paid for the outcome of the treatment they administer, rather than the treatment itself. It incentivizes making patients well rather than just treating them. “Value” is measured as the improvement in a patient’s health outcomes compared to the cost of achieving that improvement.

Value-based healthcare is dramatically different from the existing pay-for-care models, and requires a different way to measure effectiveness, allocate resources and treatment outcomes.  The upside, however, is that the overall costs of healthcare can go down significantly over time while still maintaining a high standard of care – and patients’ overall health is put in the center.

This reduction in overall costs is sorely needed as the population pyramid continues to invert. While lowering healthcare costs doesn’t inherently solve the problems caused by an aging population, it does pave the way for more sustainable ways of operating and a healthier population. Managing chronic diseases or conditions such as cancer, diabetes, or obesity can be costly and time-consuming for healthcare systems, and some more rare diseases even more so. Value-based care models focus on helping patients recover from illnesses and injuries more quickly and avoid chronic disease in the first place.

Healthcare providers ultimately benefit from value-based care by being able to focus less on chronic disease management and more on prevention-based services. Suppliers such as pharmaceutical companies benefit from being able to align their products and services with positive patient outcomes and reduced cost, which are crucial selling propositions as the aging population requires more care and treatment. 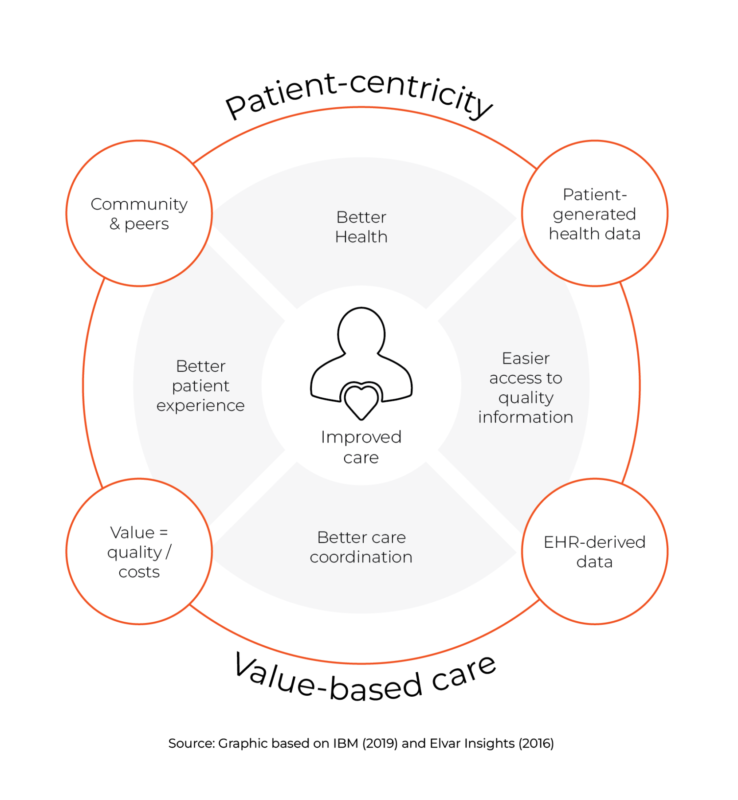 How is value-based care developing in Finland, the Nordic country on the cutting edge of healthcare?

Finland is known globally for its high-quality healthcare system. According to a recent study conducted by Vertical, the value-based approach in healthcare is progressively gaining more traction in Finland. Increasing the number of value-based and innovative public procurement processes has also been highlighted as a distinct action point in the Finnish Government’s health sector growth strategy’s roadmap for 2020–2023.

“Value-based medicine is becoming a priority, and the next ten years might become its decade.”

As in many other countries, the development towards value-based care is inevitable. However, concrete actions are needed to begin this shift now, rather than deploying corrective actions later.

In our study, we identified and outlined a number of roadblocks that need to be addressed, including:

These, while likely not being unique for Finland, are some of the central roadblocks for moving towards value-based care.

What we can clearly see on the market is that the evolution of the healthcare system is too complex and fragmented for any individual organization to solve alone. Collaboration between all stakeholders is the only way to drive radical improvement, and a value-based system will end up lowering healthcare costs in the long run by putting preventative measures first. At Vertical, we have started working on these transformations with our partners across the healthcare ecosystem.

How can you make the change?

Are you part of a healthcare or pharmaceutical organization and wondering how to approach this change? At Vertical, we have been part of developing value-adding services that support holistic care of patients as well as building and implementing new ways of working that enable further transformation – and we would be happy to discuss your challenges with you. Email us at info@vertical.vc or get in touch with Kenneth below!

Collaborate with your competitors

Non-disclosure agreements and cryptic press releases have traditionally been the norm when conducting business partnerships. “They’ll steal our work,” is a phrase parroted by startup entrepreneurs and corporate leaders alike. But as the world opens up to working together to achieve our goals (even if it means splitting the spoils), companies are also coming around to the idea that, while their intellectual property should be protected, this secrecy should not come at the expense of innovation. Welcome to the world of competitive collaboration, where everyone can win. 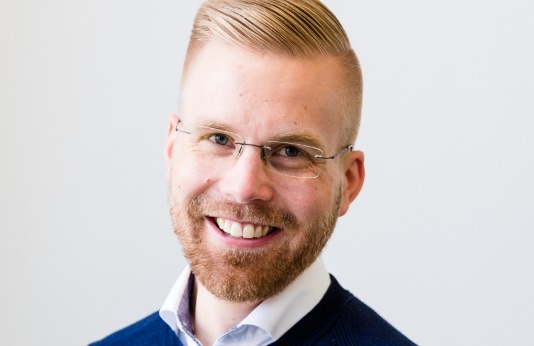 Please get in touch with Kenneth Salonius if you should have any questions or if you need more details.

kenneth@vertical.vc
+358 50 517 2348
Read more
Previous thought
Next thought
We use cookies on our website to give you the most relevant experience by remembering your preferences and repeat visits. By clicking “Accept”, you consent to the use of ALL the cookies. Read More
Cookie settingsACCEPT
Manage consent

This website uses cookies to improve your experience while you navigate through the website. Out of these, the cookies that are categorized as necessary are stored on your browser as they are essential for the working of basic functionalities of the website. We also use third-party cookies that help us analyze and understand how you use this website. These cookies will be stored in your browser only with your consent. You also have the option to opt-out of these cookies. But opting out of some of these cookies may affect your browsing experience.
Necessary Always Enabled
Necessary cookies are absolutely essential for the website to function properly. This category only includes cookies that ensures basic functionalities and security features of the website. These cookies do not store any personal information.
Non-necessary
Any cookies that may not be particularly necessary for the website to function and is used specifically to collect user personal data via analytics, ads, other embedded contents are termed as non-necessary cookies. It is mandatory to procure user consent prior to running these cookies on your website.
SAVE & ACCEPT